So SDCC is upon us, and I just wanted to post a quick update for the Scavenger Hunt.

So things have changed, just a little, but still changed. At this point, I was hoping to have A LOT more sketches done, but unfortunately I only got 4 done. So here’s what’s happening.

The prizes will contain a sketch, a signed copy of Big Head’s first comic LOST IN THE MIDDLE, and some other goodies.

NOW THE CHANGE. Everything above is STILL true. BUT I wanted to have more prizes to spread the love. SO, I’ve upped the number of signed comics and goodies, and the change will be not every prize will have a sketch. Those will be like the chase card you’d look for when comic trading cards were big.

OH, and in a effort to keep things awesome, the comics? Well, some will be the standard version, and others will be a variant cover we had printed up as an exclusive for a convention we exhibited at.

So, final numbers? 15 prizes, and I guess we will post 3 times a day, and 4 of those prizes will have a sketch for you to take home!

And now, pictures! Cause, who doesn’t love pictures? 😀 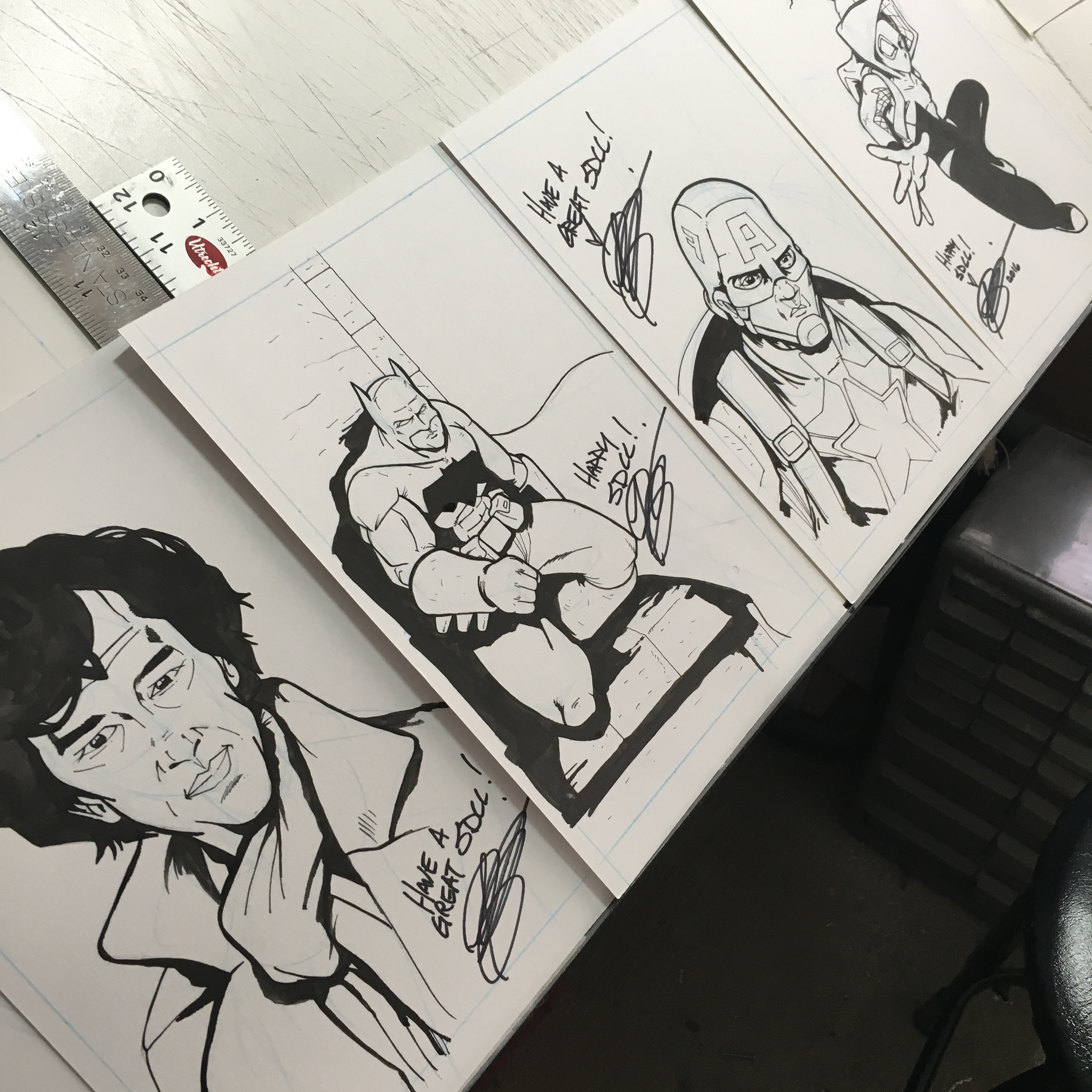 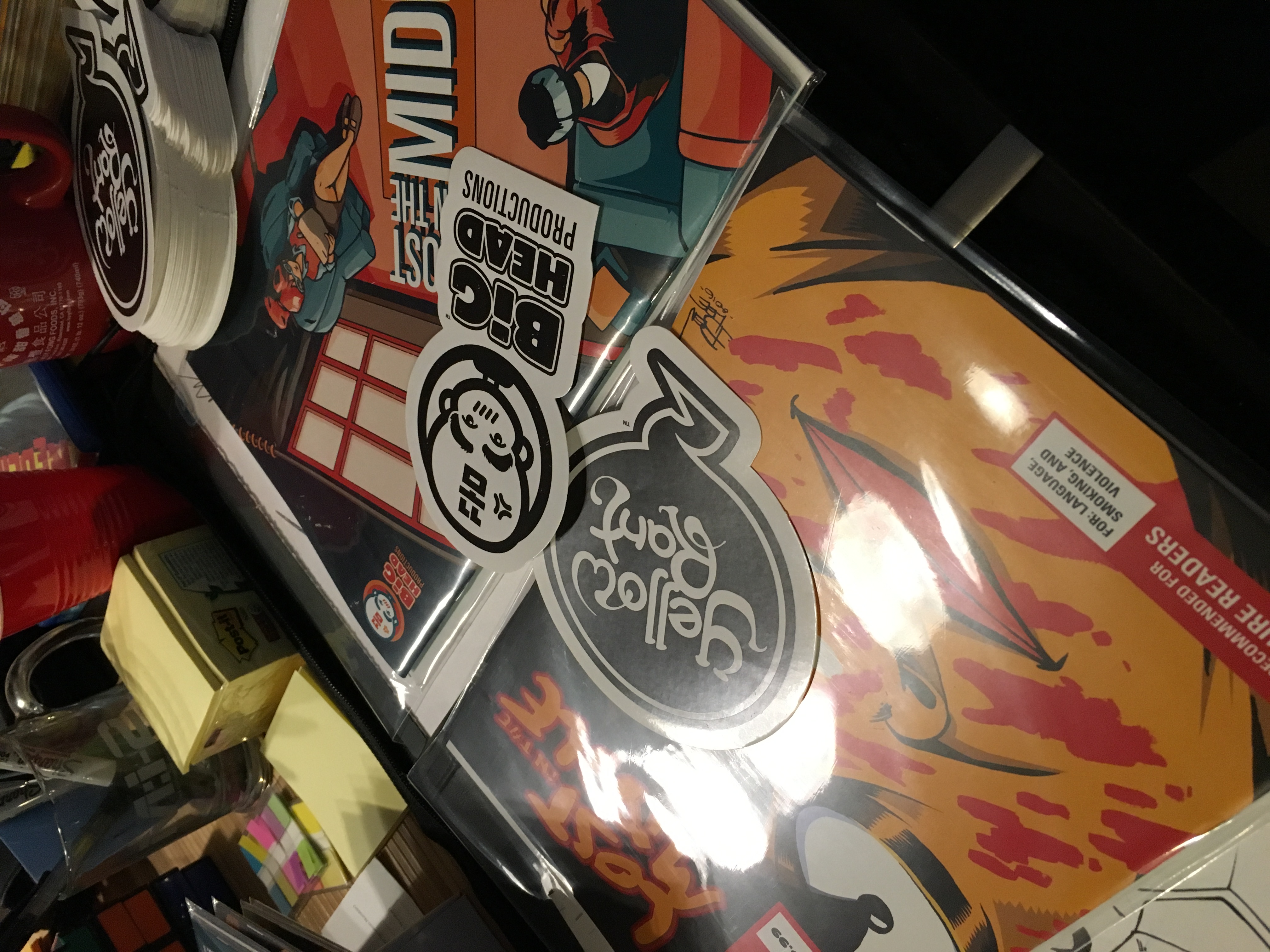 Yes, the photo is upside down, BUT shot of stickers and the comics. 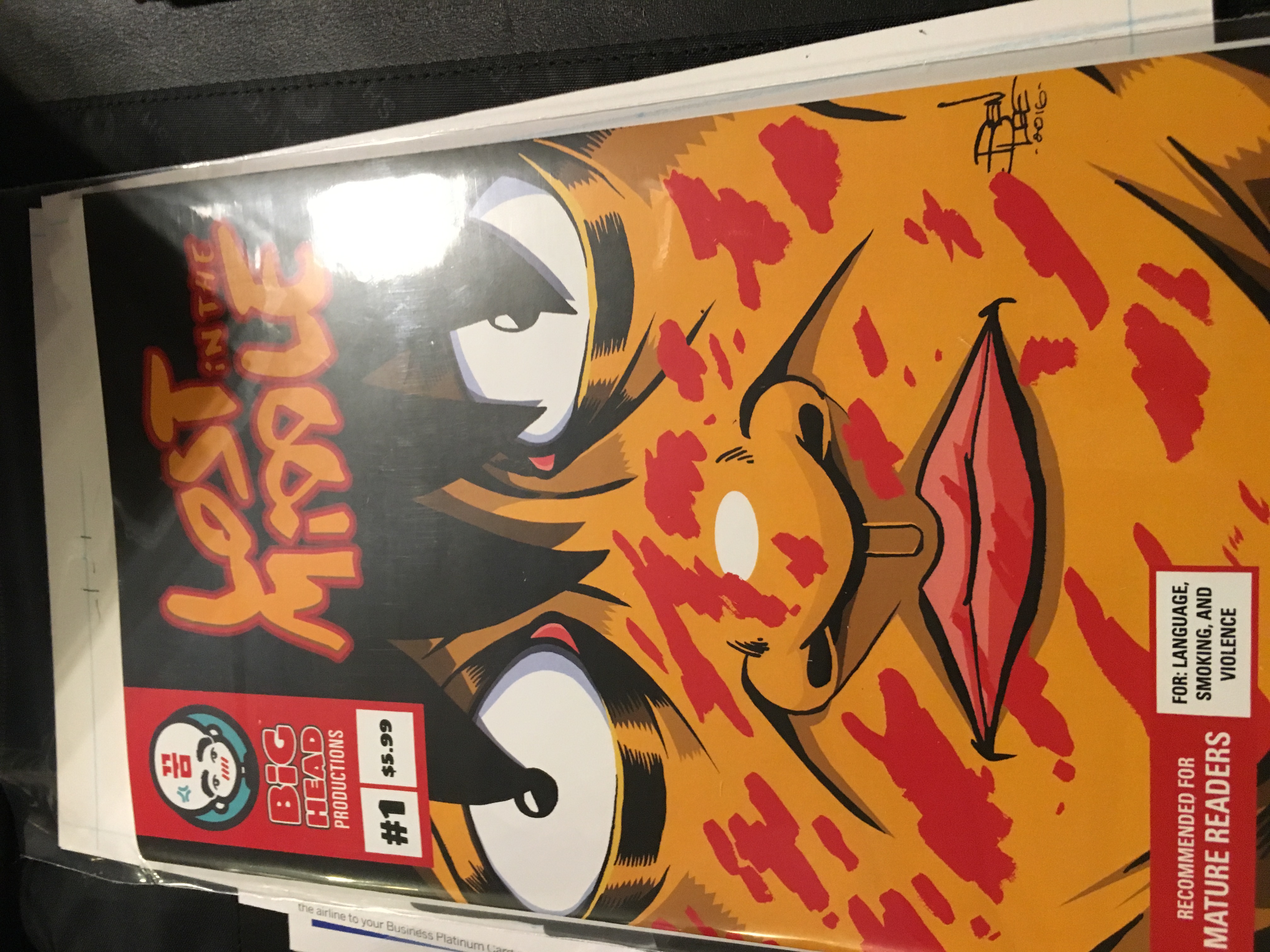 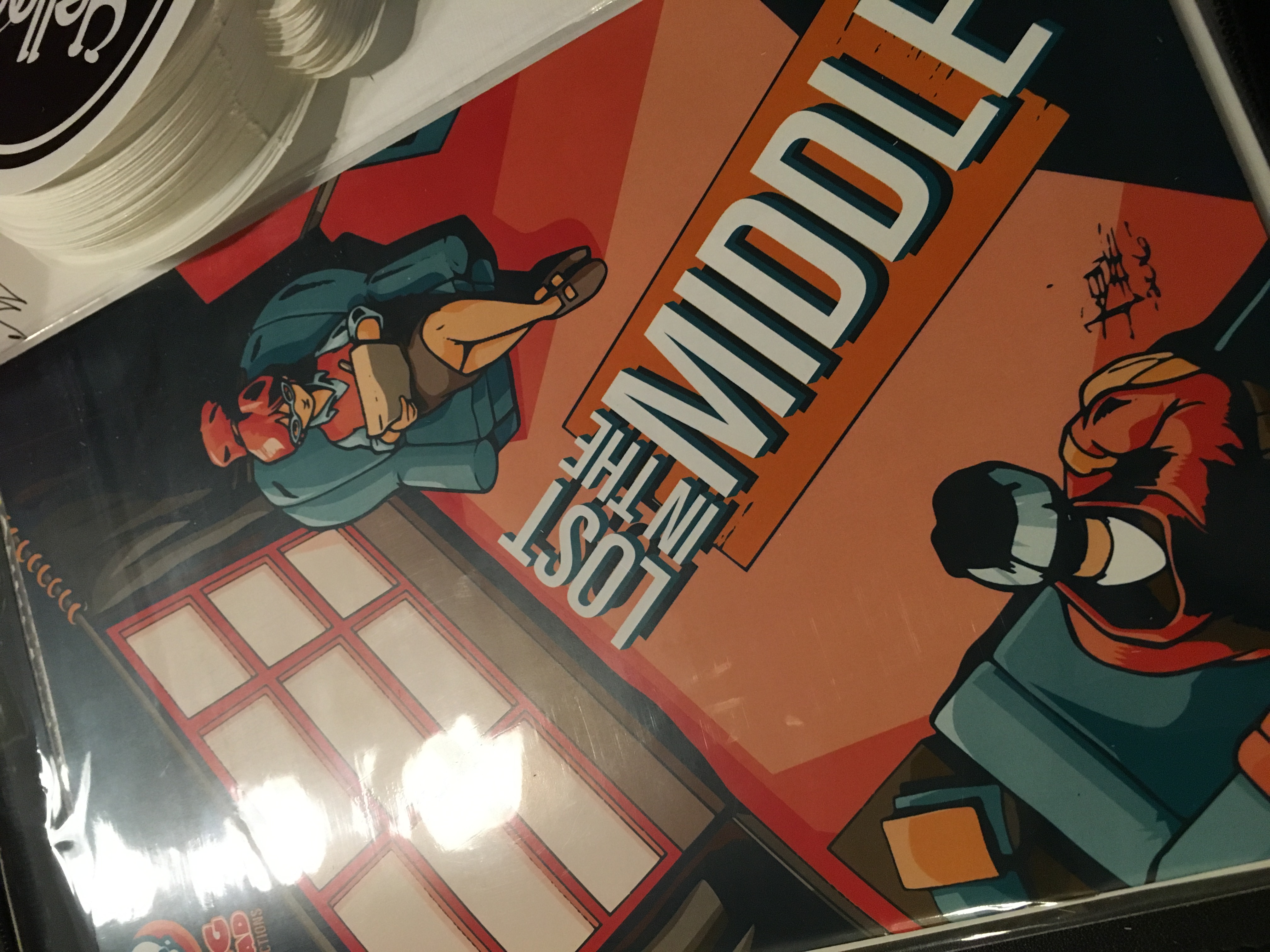